THE COVID SCAM HAS FALLEN APART — IT’S OVER…

I don’t agree that the war on citizens is over… all they have to offer is silence and more force. Fauci & Co. and all who were taken in by them bought their own rope.

Well thousands of us have been on the front lines longer than this fellow but of course we were just armed with common sense, health ‘care’ injuries piling up and nearly left for dead but had an inquiring mind as to why and a will to live. That’s pretty much it. Who, what, when, why and how? We don’t count and never did and I’m guessing never will but that’s ok, truth has its own rewards, being on the good side of history is but one.

Editor’s NOTE FROMROME: John Rappaport is one of the most authoritative journalists on the topic of vaccines and vaccine injuries. While we might object to him saying, it’s over, his judgement and record merit attention to what he is saying.

Since the beginning, I’ve been producing the evidence COVID is a scam. Now, official agencies are virtually admitting it.

On December 29, the head of the CDC, Rochelle Walensky, announced, in a White House press briefing, that the PCR test can register positive (meaning the person is “infected”) long AFTER infection is over.

“…people can remain PCR positive for up to 12 weeks after infection and long after they are transmissible and infectious.”

That means MILLIONS of FALSE positive test results have been logged as REAL, in the past two years.

If you can’t trace the implications of THAT, I can’t help you.

Recall the old Zen Koan: What is the sound of one hand clapping?

The new version is: What is the sound of the White House press corps after Walensky’s admission?

And is the answer is: Nothing. Zero. Silence. And not stunned silence. No. Clueless silence. Sold-out silence.

No shouting. No furor. No questions.

“Dear Mr. Smith, We here at the CDC wish to inform to you that your positive PCR COVID test, administered in the spring of 2020, was misleading. There was no proof it meant you were infected. Therefore, your isolation, your hospitalization, during which your business closed and went into bankruptcy, your wife left home taking up residence with the children at her mother’s, your business partner committed suicide—all that was unnecessary. Thank you for your understanding.”

And yes, there is an explanation. The CDC and other public health officials have known all along they were running a scam. Committing a crime. A Nuremberg-type crime.

Get Immune For Life Now On Amazon

Not your first dragnet.

People have short memories. When they tried to mandate HIV testing and did for a while the whole thing fell apart for much the same reason, people who weren’t sick were getting tested, having false positives and then becoming so frightened of an AIDS diagnosis they lined up or were coerced in to taking deadly drugs and the ‘officials’ and ‘authorities’ quietly and without fanfare soon dropped the mandatory dragnet but ever since have continued to leave a trail of dead bodies (yes, it’s in the millions, if not billions).

Maybe you should understand why as this was a major liability nightmare from which they could not escape.

Am I sorry people have short memories, don’t care or are too lazy to revisit recent history or law or even practice common sense?

Yes. Beyond horrified and heartbroken.

The entire playbook and scam is merely a repeat of what they have done for many, many, many years even prior to HIV/AIDS. They had their soldiers, they had their cheerleaders, they had their propaganda, they had their advertising/marketing campaign and their commercials and anyone who disagreed or stood up was quickly sidelined with insults or worse, careers ruined, reputations ruined, money and opportunity denied etc. Some were even murdered. To this very day.

Well you figured it out now, didn’t you?

You’ve been played yet again and all they have to offer is silence and more force.

I hope Dr. Kary Mullis (inventor of PCR who warned his invention was being misappropriated and would be repeatedly mis-used to commit fraud if his warnings weren’t heeded) haunts you.

I really hoped by 2016 we could have avoided this entire ugly, brutal and criminal affair and just focus on the very positive and good news that arose by that timeframe. When Fauci & Co. reared their ugly, lying, scheming, criminal, murderous face/s again, I knew I was wrong.

Fauci & Co. and all who were taken in by them bought their own rope. 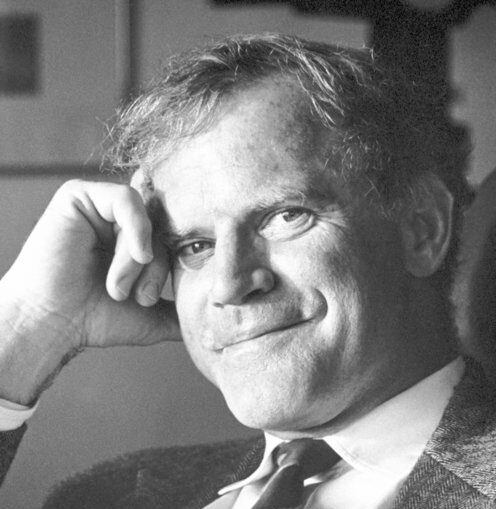 DR. REINER FUELLMICH ON THE PATH AHEAD TO CONVICTIONS

Know The Law Regarding Informed Consent

-“Trends in hospital deaths among human immunodeficiency virus
patients during the antiretroviral therapy era, 1995 to 2011” -Journal of
Hospital Medicine Volume 10, Issue 9, pages 608–614, September 2015-
(“CONCLUSIONS: Non-AIDS deaths increased significantly during the ART era and are now the most common cause of in-hospital deaths”)

In 1991 Anthony Fauci proved that the “HIV” phenomena could be inhibited by antioxidants.

That in itself is a Code violation; when  preventatives are available; no experiment is permissible.

Why did Anthony Fauci, his cohorts, colleagues and others continue to fund and/or research harmful injections and drugs when he/they knew that every ‘virus’ aka cellular debris’ could be rendered harmless or become more deadly with the addition of various intoxicants?

On the term pharmakeia–an abstract noun meaning sorcery, magic, the practice of magic arts. The concrete noun is pharmakon whose primary meaning is poison; its secondary meaning is magic potion or charm to achieve a desirable objective; and its tertiary meaning is medicine, remedy, or drug for healing

So:
1. Poison
2. Magic/Charm/Potion/Enchantment/Objective/Desirable Result
3. ‘Medicine’
How can you develop a scientific or health practice when that is the ‘formula’?
You can’t.