Reading Chapters 2 and 3. How to strain and use liquid whey, including how to make a more probiotic rich liquid whey. Why you should use kefir daily to obtain specific benefits. Why stored kefir or milk products may be a better choice as compared to making your own from grains or starter cultures.

Comments on being prepared for pushback against milk products and the many benefits that can be found in all milk products.

Research probably about to be paid for by infant formula producers or Coca Cola/Pepsi who own the majority of bottled water products and would prefer water only in schools.

And in the video he seemed more worried about cows than milk. We can’t have so many cows was his main point. His second point they are treated terribly (on that I agree).

Questioning why Tucker Carlson is laughing and feigning ignorance in his interview with Dr. Peter McCullough when presented with such dire information regarding the current worldwide lawless situation leading to outright mass murder.

Why is he downright gleeful over very predictable dire outcomes for every topic brought up in the conversation, which historically he knows full well? And if ratings are his driver, which they are, he knows full well the entire scope of reality his guest presents as logical conclusions to be drawn or he never would’ve had him on his show.

My guess, he believes his team has won the ideological argument. No law is a moral good and rationality is the only path forward but if people aren’t rational (which they aren’t) then (you can either laugh at them or shoot them I guess)….. In other words the book and beliefs of freemasonry, libertarians and modernists. Classic liberals on the other hand choose destruction including their own destruction rather than face knowing and serving the superior good.

The correct solution to all above is be the salt and light (flavor, preserve and disinfect) to reduce their cultural influence. I accept there is always a superior good and choose to follow it/Him like the wise men. In the end, that is the only path to peace.

Anyway I’m not presenting Tucker Carlson interview with Dr. Peter McCullough as the intellectual disconnect for mere ratings was disturbing when the entire topic shouldn’t be relegated to lighthearted Today Show ephemera….including go eat your cereal now….. after the commercial. Tucker like Rand Paul will never ask fundamental questions, he’ll merely dance around them. And despite the quality of the guest (who I deemed the Paul Revere of the medical establishment), that was a waste of my time.

And finally the ultimate questions. The final two questions no one wants to ask.

Why is the military choosing a mass drink the Kool Aid participation event (60%) and committing passive suicide with lethal injections? While the remaining 40% are effectively in the brig (no leave, no deployment). AKA Jim Jones.

See statistical analysis in the video below regarding EVERY trajectory, all on a steep incline short and long term.

The rational for two outcomes, a communist takeover or preparation for a doomsday event. What that event would be I don’t know, nor do I know the percentage of military factions that are involved or how much power within the military they have. I only know that for such events the military does prepare and does have particular outcomes in mind, namely population reduction.

These are two questions no one is asking but in light of the trajectory of those choosing self destruction with a synthetic altering RNA/DNA injection with no antidote maybe it is time to start wondering.

If other militaries are doing the same this can only be described as populations choosing their own destruction. 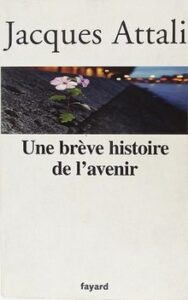 “Brief History of the Future”

“Jacques Attali was an advisor to François Mitterrand (former President of France) and wrote this in 1981:
“In the future it will be a question of finding a way to reduce the population. We will start with the old man, because once he is over 60-65 years old, man lives longer than he produces and it costs society dearly.
Then the weak and then the useless who do not contribute anything to society because there will be more and more, and especially finally the stupid.
Euthanasia directed at these groups; euthanasia must be an essential instrument of our future societies, in all cases.
Of course, we will not be able to execute people or organize camps. We will get rid of them by making them believe that it is for their own good.
Too large a population, and for the most part unnecessary, is something economically too expensive. Socially, it is also much better for the human machine to stop abruptly rather than gradually deteriorate.
We won’t be able to pass intelligence tests on millions and millions of people, you can imagine!
We will find something or cause it; a pandemic that targets certain people, a real economic crisis or not, a virus that will affect the old or the elderly, it does not matter, the weak and the fearful will succumb.
The stupid will believe it and ask to be treated. We will have taken care of having planned the treatment, a treatment that will be the solution.
The selection of idiots will therefore be done by itself: they will go to the slaughterhouse alone. “

This fragment is excerpted from his book “Brief History of the Future”, published in France in 2006.”

Antibodies are NOT important in Covid. Immune memory is.
Dr. Janci Chunn Lindsay is the Director of Toxicology and Molecular Biology for Toxicology Support Services, LLC. She holds a doctorate (PhD) in Bochemistry and Molecular Biology from the University of Texas Graduate School of Biomedical Sciences, M.D. Anderson Cancer Center-Houston. Dr. Lindsay has extensive experience in analyzing the molecular profile of pharmacologic responses as they pertain to the dose/response relationship. Her expertise centers on evaluating the complex dynamics of toxicity, such as toxicant pharmacology, exposure route, host metabolism, and subsequent cellular effects as they relate to the contribution of specific substances to impairment, health risk, or human disease.

There is no moral good to be found regarding CV19 injections.

Every knowingly chosen act has three fonts of morality. Three good fonts (the intention, the object and the end) are required for any act to be moral. If any one or more of the three fonts is bad, the act is immoral. There are no exceptions to this basic principle of morality…… The inherent nature of gene editing RNA injections which in turn alter DNA (unavoidable) rather than (safe) available treatment toward a good end (do no harm) based on the original event; is itself an immoral act.

In addition experimentation on humans without FULL consent (regardless of emergency) is also an immoral act as written in ALL bio ethical codes including Nuremberg.

You may never commit evil hoping to achieve a good.

The intention of using synthetic RNA/DNA injections is to irreparably alter RNA/DNA hoping to achieve a good. The object is use by coercion or force of these injections without FULL consent and by which there is NO mechanism of action OTHER than to synthetically alter RNA/DNA WITHOUT ANTIDOTE. Therefore their use is morally illicit.

Any public moral statement based on unethical research regarding aborted fetal tissue (in any of the ‘injections) is a dodge (strawman argument) not inherent to the means or the end when it comes to SYNTHETIC RNA/DNA ALTERATION AS PRIMARY MECHANISM OF ACTION. It matters little how they/you got there regarding culpability (aborted fetal cell research) as the end is SYNTHETIC RNA/DNA ALTERATION without ANTIDOTE. Also by no objective measure can these be considered ‘vaccines’: they are DRUGS.

It’s a horrifically sad day when you have to explain or debate basic principles of morality.

All principles of morality are being ignored in favor of massive populations (led by defenders of all stripes) choosing mass destruction including of self.