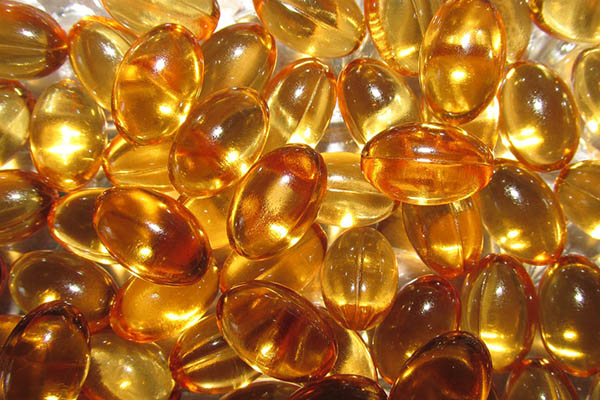 In very recent studies researchers have been combining fish oils with anti oxidants to improve their effects. The study results are proving to have remarkably similar effects in reversing insulin resistance across the board in women, men, children and differing age groups and ethnic groups but also among those with serious conditions like heart disease, liver failure, PCOS, obesity and Parkinson’s disease. 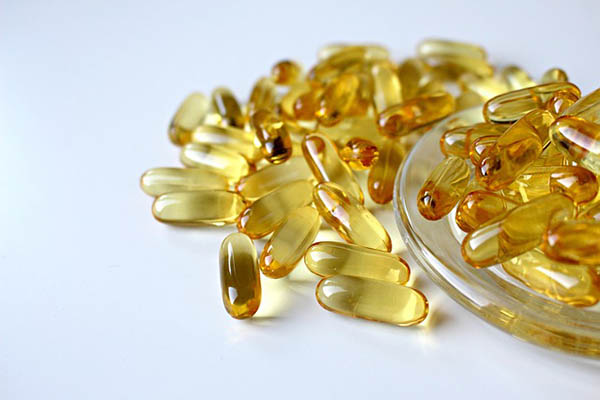 been known for centuries but now researchers have combined Omega 3 fish oils with antioxidant Vitamin E  and the effects are remarkably consistent for not only the parameters in the conditions studied such as fighting  inflammation or lowering cholesterol but in reversing insulin resistance and in the case of PCOS lowering both total and free testosterone in women, showing that the combination does affect steroid hormones.

Insulin is a hormone but not a steroid hormone. Steroid hormones exert their action by entering the nucleus of a cell and altering gene expression.

The PCOS studies were randomized, placebo controlled and double blind on women with PCOS 18-40. Insulin resistance, hormone levels and B cell functions were all measured pre study. The women were given either 1000 mg. fish oil, fish oil with placebo or fish oil with 400 IU’s of Vitamin E. Omega-3 fatty acids and vitamin E co-supplementation for 12 weeks in PCOS women significantly improved indices of insulin resistance, total and free testosterone.

Similar studies were carried out across different age groups, ethnic groups, choosing exclusively either men or women and amazingly the results were the same across the board in reversing insulin resistance. Insulin resistance was also reversed no matter the initial condition of the study participants from atherosclerosis to Parkinson’s.

Vitamin E is a group of eight fat soluble compounds that include four tocopherols and four tocotrienols. Vitamin E deficiency, which is rare and usually due to an underlying problem with digesting dietary fat rather than from a diet low in vitamin E, can cause nerve problems. The crucial function played by Vitamin E that makes it a vitamin is poorly understood, but may involve antioxidant functions in cell membranes. Other theories hold that vitamin E – specifically the RRR stereoisomer of alpha-tocopherol – act by controlling gene expression and cell signal transduction.

Vitamin E was discovered in 1922, isolated in 1935 and first synthesized in 1938. Because the vitamin activity was first identified as essential for fertilized eggs to result in live births (in rats), it was given the name “tocopherol” from Greek words meaning birth and to bear or carry. Alpha-tocopherol, either naturally extracted from plant oils or synthetic, is sold as a popular dietary supplement, either by itself or incorporated into a multivitamin product, and in oils or lotions for use on skin.

Vitamin E may have various roles. Many biological functions have been postulated, including a role as a fat-soluble antioxidant. In this role, vitamin E acts as a radical scavenger, delivering a hydrogen (H) atom to free radicals. Vitamin E donates a hydrogen atom to the peroxyl radical and other free radicals, minimizing their damaging effect. The thus-generated tocopheryl radical is recycled to tocopherol by a redox reaction with a hydrogen donor. As it is fat-soluble, vitamin E is incorporated into cell membranes, which are therefore protected from oxidative damage.

Some vitamin E tocopherols in supplements are derived from soy, avoid that.

Recently, debate has erupted in both the scientific community and throughout the lay public around whether a low-fat or low-carbohydrate diet is better for weight loss. Is it better to cut fat or cut carbohydrate for weight loss. However, going beyond this debate (fat versus carbohydrate), are questions around whether certain fatty acids are worse for promoting insulin resistance, inflammation, and obesity. The overall evidence in the literature suggests that medium-chain saturated fats  and monounsaturated fat (oleic acid, found in olive oil) are less likely to promote insulin resistance, inflammation, and fat storage compared to long-chain saturated fatty acids such as palmitic acid found in palm oil especially when consumed on top of a diet moderate in refined carbohydrates. Compared to long-chain saturated fats, lauric acid and oleic acid have an increased fatty acid oxidation rate, are more likely to be burned for energy and less likely to be stored in adipose tissue, and thus promote increased energy expenditure. Omega-6 polyunsaturated fatty acids (PUFAs), such as linoleic acid, as found in vegetable oils may contribute to obesity, whereas omega-3 PUFA may be protective. Both olive oil as part of a Mediterranean diet, and omega-3 from fish and fish oil have been proven to reduce risk of cardiovascular (CV) events.

Studies have investigated the relationship between the transition through menopause and cardiovascular diseases. White populations, generally, have lower levels of traditional coronary heart risk factors, particularly dyslipidemia, hypertension, obesity, and diabetes, and lower rates of coronary heart disease mortality, than black population. Furthermore many studies have shown the cardioprotective and anti-inflammatory effects of omega-3 polyunsaturated fatty acids (eicosapentaenoic acid and docosahexaenoic acid) of marine origin. The aim of this study was to investigate the effect of omega-3 supplementation, combined or not with vitamin E, on oxidative biomarkers and lipid profiles in nonwhite and white women with dyslipidemia transitioning through menopause.

A randomized, double-blind, placebo-controlled trial was conducted. Seventy-four eligible women were assigned to receive: fish oil, fish oil plus vitamin E and placebo for three months. At baseline, 45 and 90 days blood sample for biochemical variables and biomarkers of oxidative stress were taken.

After 90 days the fish oil plus vitamin E treated group had a significant decrease in total cholesterol and LDL. Furthermore, there was a decrease in anti- LDL- autoantibodies after 45 days.  All of the effects observed were independent of ethnic group.

Studies on omega 3’s fish oil are consistent and known for lowering inflammation and reducing cholesterol but now research is equally consistent across the board on the effect of combining vitamin E with omega 3’s fish oil for reversing insulin resistance significantly and amazingly in very short time frames. Perhaps these studies will add even more conclusive evidence on the dangers of oxidative stress.

BioGanix Omega 3 Fish oil is super rich in EPA and DHA, two Omega-3 Fatty Acids. These are essential fatty acids. EPA and DHA are recognized for their benefits in lowering bad cholesterol (LDL) and triglyceride levels, and increasing good cholesterol (HDL). EPA and DHA support cardiovascular health and normal blood pressure levels, improve circulation as well as brain function, and also boost the immune system. Additionally, they are popular for bringing down inflammation.

Oleic acid as found in olive oil is a fatty acid less prone to oxidation, does not lead to fat accumulation in moderation and is not an inflammatory oil.