Has COVID19 or SARS Ever Met Postulate Requirements?

What is the greatest takeaway from your programs that you would like readers to grasp?

That aside from very few functional foods diet will not fix microbiota immaturity or damage and to restore function that is a key concept.

Parents and people in general focus on the importance of diet for nutrition while forgetting about the first and longest known diet in shaping lifelong health. That is the mammalian milk diet.

Milk is one of the few functional foods that can affect immunity and has in profound ways for millennia in all mammals (you know this as vaccine theory originated from dairy foods and the dairy farm). Those who had access to dairy foods in all forms had much improved chances at survival during every plague in history.

Bovine colostrum is essentially a milk product that has not been denatured via processing making it a truly remarkable functional food that has never been duplicated and therefore a better choice than raw milk, especially for the immune deficient. (Similar to raw honey, raw milk contains too many organisms for the immature or dysfunctional immune system.) In essence mammal milk does what no other substance can and to date no effective replacement has been found as the gold standard. 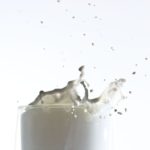 mammalian diet for building and training the immune system.

Then throughout life milk still remains a vital part of health as an epigenetic imprinting programmer and much more helping to keep the immune system in a mode of proper surveillance and homeostasis; neither deficient nor over inflammatory. Mammal milk products help maintain stable expression of key genetic functions.

Milk is one of the few foods able to reverse Kwashiorkor and acid whey a byproduct of milk has similar effects. With the most bio available vitamins, other nutrients and fats, milk remains a vital part of any healthy diet.

In addition other natural substances may become similar to a drug (meaning for life and symptom control) but can never do what colostrum and mammal milk (or its core constituents) can in conjunction with the proper probiotic formulas including those as found in yogurt, kefir and as naturally can be found in colostrum and later lactation breast milk or HMO’s (Human Milk Oligosaccharides). Milk oligosaccharides are unique non digestible carbs that probiotic bacteria thrive on which in turn stabilize the immune system.

People should also be aware that this program will require maintenance for obtaining optimal immunity and nutrition status throughout their life.

In as little as 3-4 months (based on historical nutrition data) many benefits can be lost due to poor nutrition, lack of sleep or other detrimental lifestyle choices like too many drugs, too much alcohol, a few courses of antibiotics, too much junk food etc., so for maintaining ideal immune function once a person has reached their goals in restoration, lifetime maintenance of once per week or every two weeks also plays in important part in keeping all that they have gained from this program of gut/immune healing.

So in conclusion this core understanding is one that must be grasped by everyone seeking to understand why diets and drugs have perpetually failed them. They will continue to do so until the gut/immune system is properly restored to homeostasis…. that is built properly if they did not receive as an infant as the mammalian requirement or rebuilt after losing healthy gut/immune function from some other cause.

This is the understanding that gives hope; that it is merely a key factor involved in how we are hardwired to survive and thrive and one that remains a part of us as mammals that science is just beginning to understand.

“A therapeutic diet and infection treatment may be unable to restore bifidobacteria and HMAGM”.

“…foods that increase calories and nutrient density reduces deaths from malnutrition, but it does not fix persistent microbiota immaturity.” 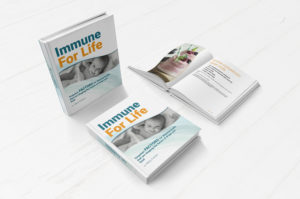