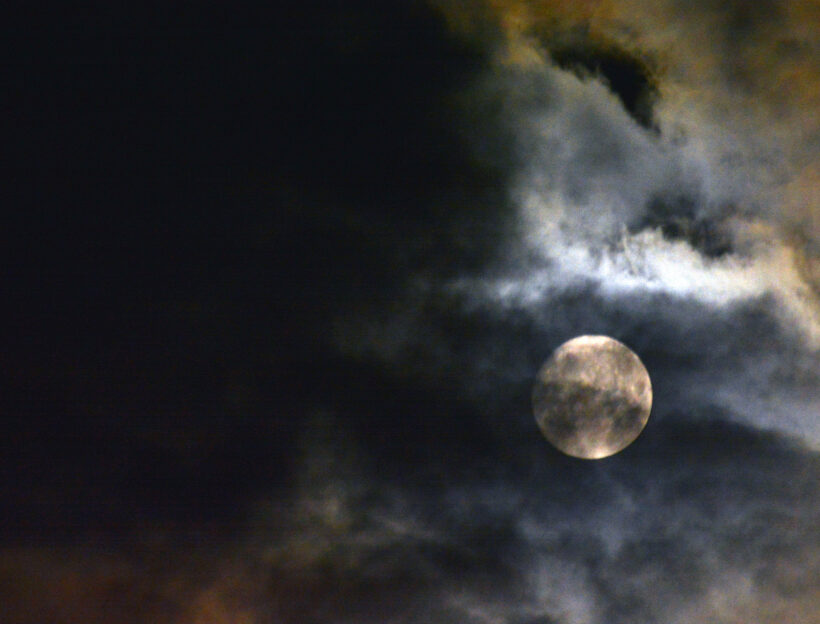 My family reunion and ensuing downtime together was short lived. Another sudden funeral in the family and some news I wasn’t expecting.

Well what goes around comes around, I’ve seen the golden rule applied even in biology, they won’t live to enjoy the spoils if even one predicted outcome is true regarding the death injection (and I suspect it is) (immune system exhaustion).

Sorry I thought this video would just pause as my cat interrupted but it didn’t and I didn’t feel like video editing as that takes forever so it is actually part A and B. My husband hasn’t caught on that we can no longer leave the door open in the summer or we risk having Wild Kingdom in the house with the mighty hunter bringing live toys and I feared that might be the case. You might have really been in for an action packed video if he pushed open the door and dropped something at my feet that I might have to rescue as it runs frantically around my office.

Still suffering a little from the Cephalexin but hopefully it will go away completely. You can read about the entire summer ordeal in previous posts if you want.

Other news, still on the hit list. I refuse to retract my recommendation of using ozone for sanitation.

The latest news on the battle front, I decided to follow up on the rumor that 50% got saline (placebo) in the public experiment death injection rollout which is a given in any experiment but got brushed off as conspiracy theory until the FDA report. You can download FDA documents yourself in The Breakfast Club unless they are fake which they might be considering its a shadow Govt. in occupied territory that now only releases propaganda reports. However in this case, dead men do tell tales that authorities want to remain hidden. I told you a long time ago that mortality rates are the only ones necessary to keep track of (the rest is smoke and mirrors).

If you’ve been here for any length of time you’ll recognize the difference between natural curves and upward spikes in data or trends and this current trend line in mortality post death injection rollout is a sudden spike to take seriously unlike the ethereal manifestation last year in 2020 (unless considering location + X = almost certain death).

It will also become more difficult to navigate the situation and maintain any normal standard of life as structures begin to collapse. In my immediate area small businesses are closing at a faster rate, payments of bribe money are keeping workers at home and subdued for the time being (you can get by without a restaurant or a bar, try getting by without a grocery store (these people are stupid, their jobs won’t be there when they wake up); requiring the immediate necessity of immigrants (lo and behold slaves magically appear as refugees) and we are becoming more Europeanized (as if anyone can maintain The Wizard of Oz curtain at this point). I doubt even the CIA can pull this one off much longer but I am waiting for the outer planet alien invasion announcement after they’ve run out of other fear tactics.

As fewer things begin to make rational sense (in some countries this is the norm as the goal is to always keep you off balance with non sensical restrictions and requirements) and as more people will fail to find a reasonable explanation (especially those who trust mainstream systems) it will be harder to maintain mental equilibrium. I just recognized that for myself I no longer want a front row seat; especially in my immediate circles. It was bad enough imagining what might ensue last January with EUA but watching it become reality and doing mental body counts with each family or neighborhood get together is something else.

Now that the most vulnerable are situated as best as can be done right now it’s time to focus on our own course of direction. We might be forced to evacuate her again as that country has already mandated vaccines for healthcare workers or face no pay. They’ll be dropping dead soon (most of them didn’t quit). Who did they think would be first in line… eyewitnesses of course. Well I hope they quit, hold the state hostage (like the pilots can easily do) and sing like a bird…..but they won’t. They could also initiate people shutdowns via truckers like Australia. They could also utilize the very system (similar to OSHA) to turn the tables. Most don’t recognize the real meaning behind turn the other cheek (which is to weaken your opponent).

And finally when you realize that endless money printing is the way most countries provide you realize that they will do anything to uphold illusion and they need expenditure more than anything to maintain it so magic bugs and cradle to grave illness are a necessity that swallow funny money more than all wars or infrastructure costs combined so an end to that expenditure was a direct and immediate threat to current financial systems (The Wizard of Oz again).

After the earth shattering WHO Millennium Goal statement in 2017 it probably shouldn’t have been such a surprise that panic set in (imagine eliminating lifetime care and most drugs by focusing on major risk factors).

You must realize that healthcare is one of the pillars utilized for population control.

2020 was just the trailer. The real horror show is about to begin

The US can’t be included (impossible to determine due to administrative nationwide enforced in hospital standardized treatment protocols upon institution admittance). Outpatient treatment statistics are not available. Initial outbreak death rate was approx. 80% in hospital or other institution.

There is no such thing as a right to commit evil..... informed consent doesn't apply.....

Last I checked you can’t give me informed consent to shoot you no matter how often I shove a form in your face and you sign it even under or especially under extreme duress, (nor can I claim liability from prosecution). 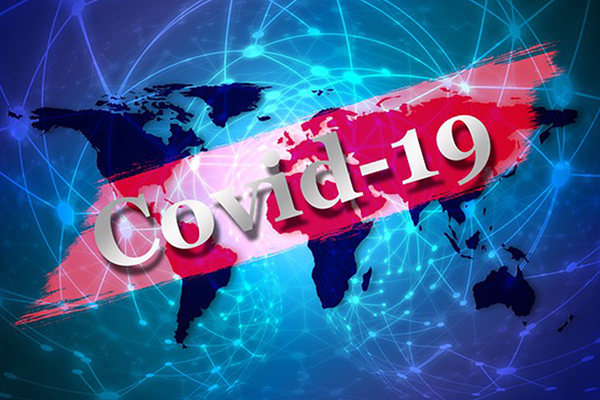 The two hypothetic origins of SARS for which the disease is CV19 in the presence of a novel virus called SARSCOV2 are naturally occurring/transmission or lab created (remembering that both hypothesis make Herculean claims of super capability beyond inherent traits of any virus and/or any other factor). Neither are likely a bio agent or bio weapon as one basic fact still remains unchanged (inpatient vs. outpatient outcomes on mortality)….

If I released anthrax it would be evident that it is a true bio weapon and/or a true bio agent, killing or injuring indiscriminately in numbers across the entire exposed population.

An external environmental factor could equalize risk and outcome (radiation, gas, aerosol inhalant, intoxicant etc.) but that is not the case (at least not widespread enough to arouse suspicion as children would be equally affected or exposed by an environmental factor) and the numbers haven’t shown that as it is still inpatient + X vs. outpatient on actual mortality rates.

According to ‘experts’ ‘CV19 the disease‘ remains a clinical diagnosis in the presence of SARSCov2. 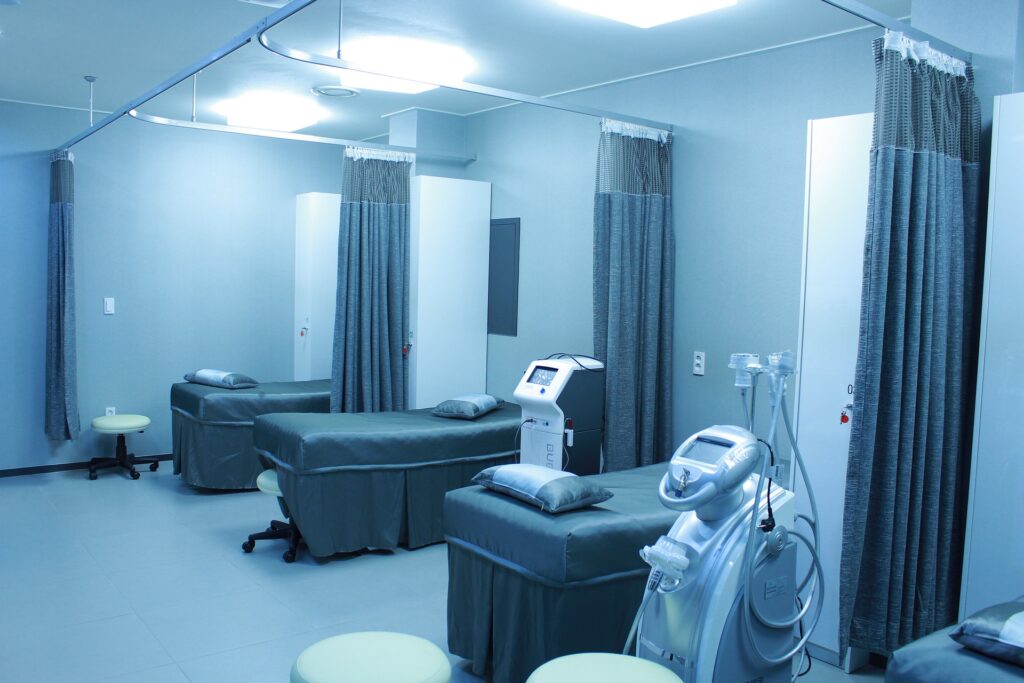 The death injection is an equal opportunity killer via multiple mechanisms of action one of which is multiplication of a foreign protein beyond the ability of the body to self regulate due to the nature of the drug – gene editing – whether a matter of days, weeks, months or years as shown in animal studies (and now reports from VAERS and other agencies for human trials) the results were conclusive and clear, making the death injection or in patient treatment the only true bio weapons with a predictable outcome (mortality rates). PCR and RTPCR are means to a predictable end….

If you have been injected with MRNA  you most likely will die.

A final note regarding how to avoid chasing windmills….

Diet is not the cause of gut, immune problems or the resulting serious malnutrition or developmental issues that accrue (including systemic invasion) but improper formation and development of the microbiota is by improper or no breastfeeding. Big difference.

Regarding systemic administration of any drug including vaccines as systemic administration is an important factor….. which I would have to consider in conjunction with other risk factors (similar to toxicity). Regarding statement one and breastfeeding importance, they did and they could extract outcome when it comes to risk factors and they are listed in sections below in hierarchal order. The majority in the world are still not aware of this.

If you are interested in addressing lifestyle or age related risk factors I would invite you to have a look around this site, otherwise aside from the history of our corrupt medical system and imminent prosecution or destruction via war for those committing medical fraud and genocide I don’t think I have much more to say on the topic of Cv19, SARS or any other organism (the speculation, the nature of organisms; their capabilities and properties, classifications and their inherent ability to wipe out creation is self evident. The foundational hierarchy of risk factors in the absence of toxicity or administrative route (oral vs. systemic) has reached scientific consensus.