Another clickbait video about how humans can simultaneously induce de-evolution and evolution at the same time. On the one hand if a lab created gain of function organism escaped in to the population it would naturally de-evolve and lose capability. On the other hand the same genetic sequence (we are told) that was used to manufacture and patent injections to create an immune response, specific antibody etc. and doesn’t (not effective against SARSCOV2) is because it creates antibody competition and therefore no protection against the variants that naturally arise in response to the injection. So we have a ‘virus’ that de-evolves in nature (the human body) and a genetic clone of said ‘virus’ that evolves in nature (the human body). We have a ‘virus’ that has some peculiar capabilities of producing mortality only in specific locations + X and an injection that always produces the same effects in non placebo test subjects and yet we are told they are the same ‘genetic sequence’ or the same ‘genetic software’.  The software of life I’ll remind you that turns you in to the software of death. Somehow I don’t think the real software of life is so stupid. I also don’t think the makers of the software of death are so stupid, this was no mistake and it was malicious intent. I’m not as forgiving as Reiner Fuellmich when it comes to the fire starters as it was laughable when they claimed injections were local. I didn’t see anyone burning their degrees.

Now we have ‘variants’ that are producing higher mortality rates in the presence of both ‘genetic sequences’ and location plus X and have to determine which factor is the greatest killer.

It has been my personal experience that X (toxicity) is indeed the greatest preventable risk factor; even when conjoined with the immune deficiency syndromes.

I have never seen any evidence that a non living thing (virus) knows when to self constrict properties out of self preservation. That would be potential that would change classification.

The only vaccine I am aware of that created a worse problem than the bacteria itself is the current DTP which produces a result of no protection against either pertussis or the toxin produced by it via shedding.

I’m not going to put any MRNA injection (alter DNA via RNA) in to any vaccine category as too many of its effects are deadly and beyond the ability of the body to self regulate or repair. MRNA you’ll run out of both money and time (again I’ve seen nothing that can keep up with all of the deadly effects that are quickly mounting). Systemic administration is always high risk and that alone is reason enough to stay away from it (that was scientifically known pre WWII). I don’t have the capacity to defend anyone who thinks MRNA gene editing is smart, appropriate or good (no defense). I don’t have the capacity to say they didn’t know because its right there in bold print….MRNA.

I certainly don’t have the capacity to allow anyone who gave it to them to get off the hook and be allowed to operate (that includes even the one who packaged it, you have blood on your hands).

And I am certainly not going to allow myself to be put on the ropes in a moral knot over it.

So we have two very different outcomes one is not as deadly as claimed and the other is the most deadly drug ever foisted on the public and yet the ‘organism’ is being tagged as the same culprit. This is no different than the AIDS story in which HIV phenomena could be prevented with anti oxidants and glutathione and yet somehow went on to murder patients with the addition of drugs claiming to be treatments. If I remember correctly the leading cause of death at about 600K per year up until at least 2015. Anyone remember HIV1 and HIV2, yet the leading cause of death is still what they pretend to call medicine. I’d like to say it was the only ‘organism’ with similar outcomes but they’ve been at this shell game a long time. And please spare us all the current dog and pony shows being put on by the United States houses of idiots who have been sitting on this evidence for 45 years. If there wasn’t so much corruption and dereliction of duty Fauci would’ve been in prison a long time ago.

They remain the front runners that put out cures deadlier than the circumstance in which you find yourself. Aside from the other authorities filled with ball-less wonders. I just don’t know how long they can all claim they’ve been jacked when the complicit line has long since been crossed.

Fooling society has become as easy as shooting fish in a barrel but fool me once, shame on you, fool me twice, shame on me.

They have more blood on their hands and I guess if they’ve got a good game, why change it now. They certainly got rid of the one who would’ve busted them straight up.

Two sides of the same coin will use this perpetual climate of fear to persecute truth for their own self preservation.

Of that you can be certain.
Eventually I suspected they’d become bedfellows to bring about the same end (slavery)….two headed snakes and all…..they just have to get more to sign up because they are having a hard time sustaining the first claim so many are coming forward.

Here is the latest fear mongering video if you want to watch it again.

And finally, another one that kills me….. Geert Vanden Bossche PHD….. surprised to find a snake in his garden when the sign was on every gate he entered.

I’m waiting for the day when we can shoot the blind who don’t want to see (from where I’m sitting they are the biggest obstacle to any good). I just have a low tolerance for people who write their own moral code and meaning more often than they change their underwear and it’s getting lower by the day. There was a time when society knew when to put out a fire before they got burned…..

They use moral relativism to enslave you because they know natural law has consequence as sure as night follows day. What you believe is irrelevant when it comes to natural law because you are bound by it.

None of this is a mere mistake that just happened to happen.

What kind of people should be allowed to even be in any society who think RNA/DNA is their playground?

The senator just learning about PCR in September 2021. It’s not a false positive – a PCR is not a diagnostic, period. 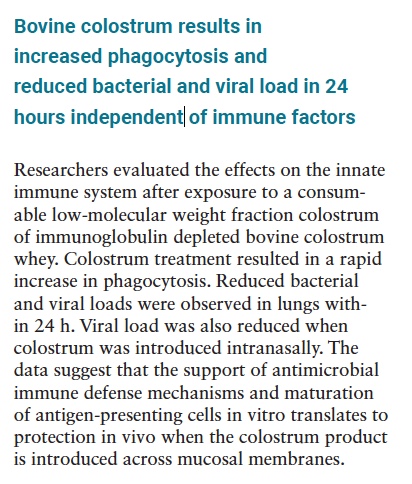